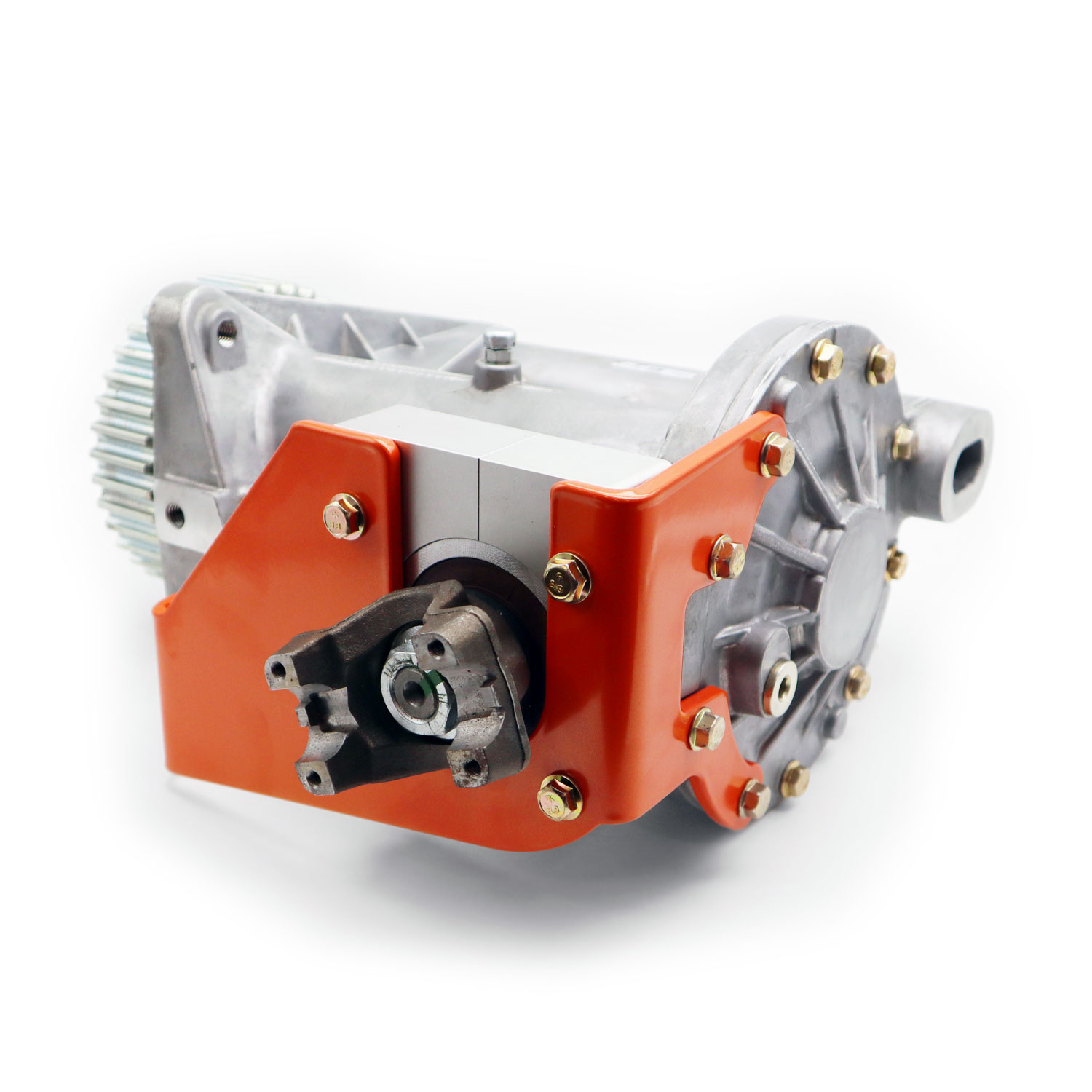 The strongest bolt-on angle drive brace available for the 2015-2019 Polaris Slingshot. Designed to strengthen and support the weakest point in the Polaris Slingshot drivetrain, the angle drive. Manufactured from laser cut 1/4" thick steel, solid billet aluminum and secures with Class 10.9 metric hardware. Powdercoated in your choice of various colors.

o•ver•kill /'ov?r?kil/ noun : the amount by which destruction or the capacity for destruction exceeds what is necessary.

Our goal when designing this brace was to offer a bolt on solution that some people might think is overkill. We carried this goal even into the production of the separate pieces. The steel bracket is made from CNC laser cut HPR&O steel. What is "HPR&O"? It is hot 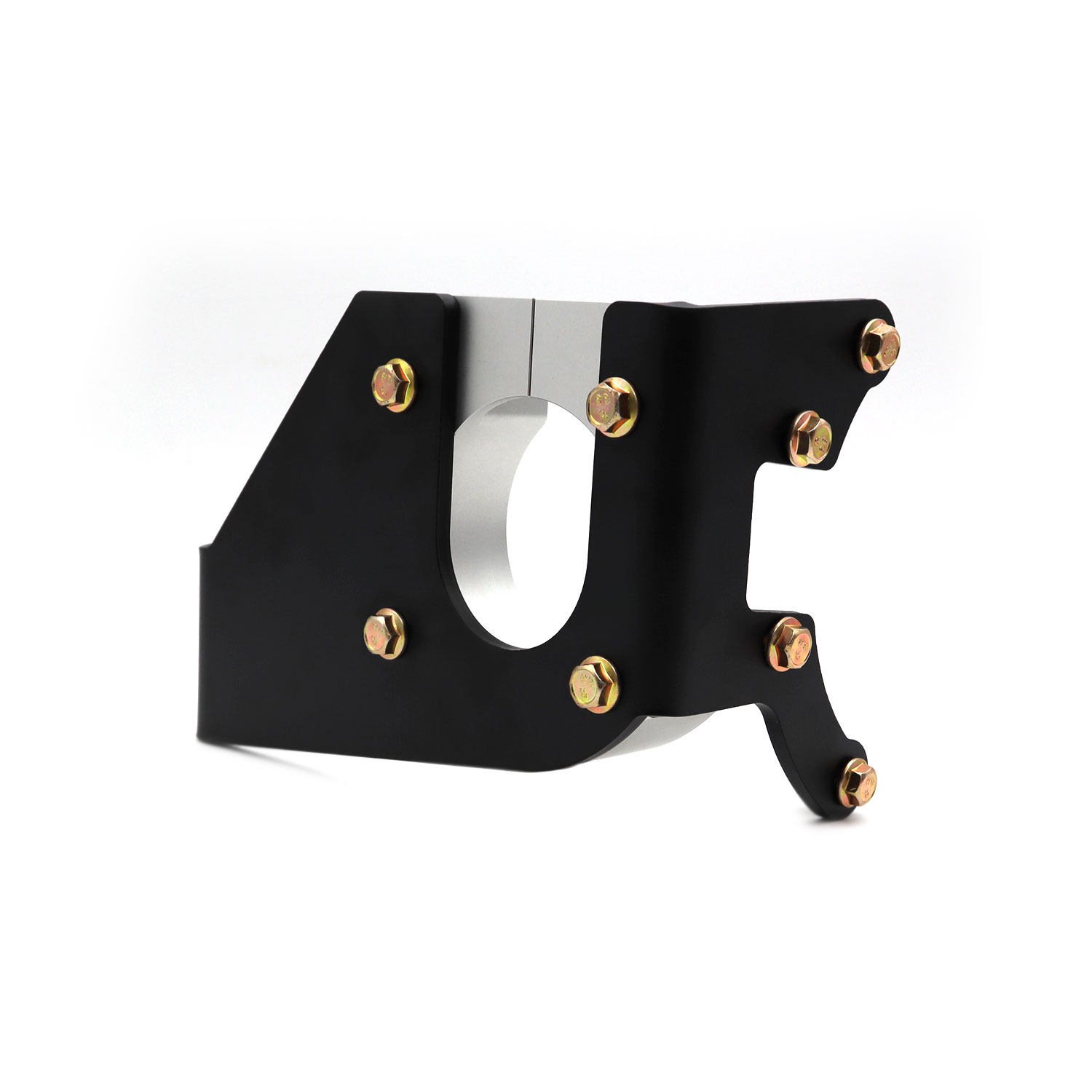 rolled steel that is then dipped into an acid bath [ie: pickled] to remove the scale. After that, a layer or oil is applied to surface to prevent oxidation or rust formation. That surface finish by itself is sufficient to prevent surface corrosion, but we go one step further and apply powder coat for more protection and an aesthetic piece. That extra layer of powdercoat protection will help the brace against the elements, salt, road debris etc. to keep it looking great for years to come. The billet aluminum collar is machined from solid 1.5" thick aluminum, thicker than anything else out there. We then sandblast those aluminum parts to give a nice smooth appearance and finish with clear anodize for protection. To bolt the brace together, we chose Grade 10.9 with a tensile strength of 150,000 psi, overkill for sure. 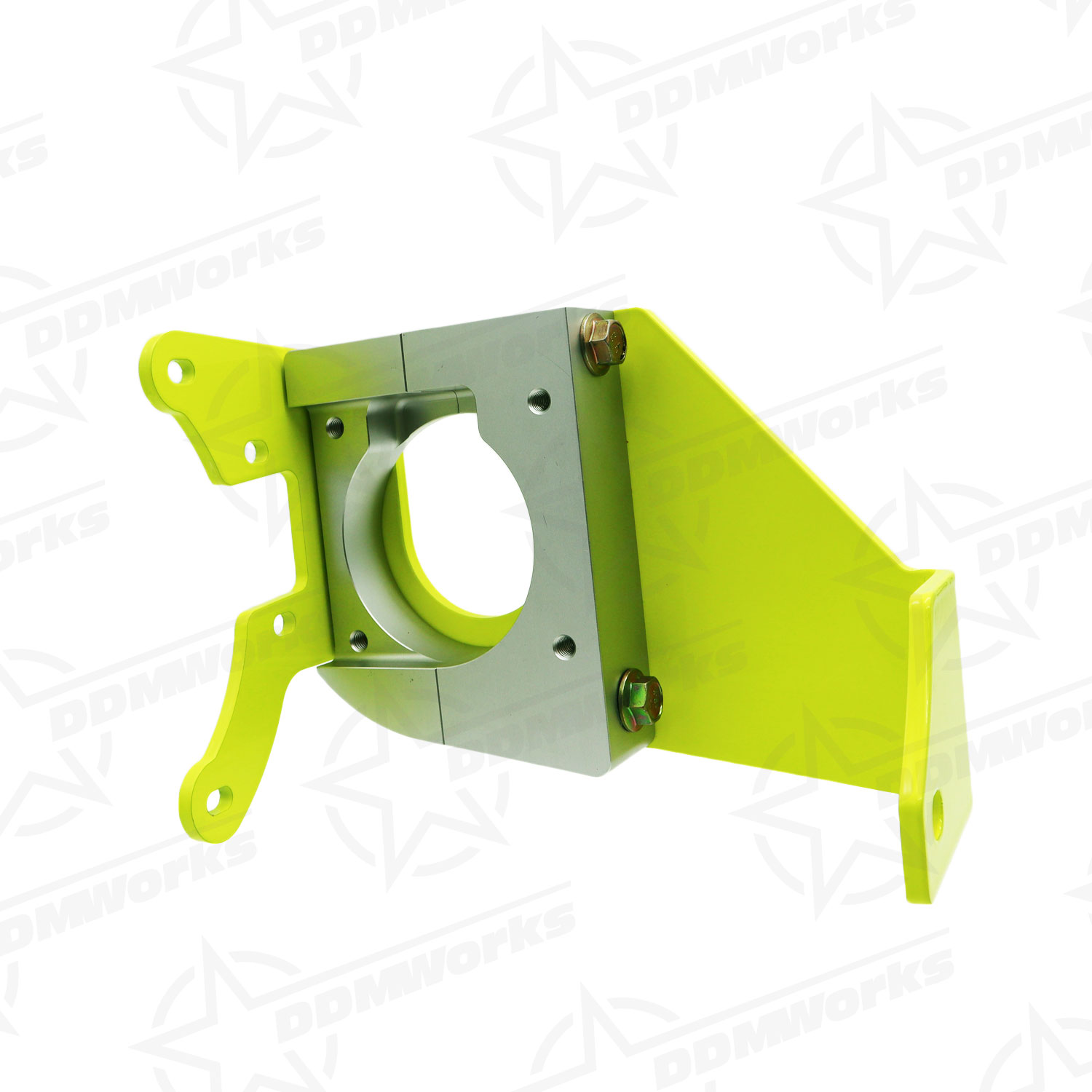 The brace is designed to give extra support to the stock angle drive to help it take more abuse than stock for a fraction of the price it costs to replace the angle drive. We know there is no way to prevent all failures of the stock angle drive, but we know we have designed a bolt on solution that offers the best support possible. We worked hard to also make the brace as compatible as we could with rear exit exhausts like the Welter or Twist Dynamics rear exit exhausts. We have been able to install the brace with Polaris Slingshots that have the Welter or Twist Dynamics rear exit exhaust installed, but fitment is very close. We have found that fitment of the rear exit exhausts on the Slingshot vary greatly depending on when the exhaust was made and how it was installed and for that reason, we suggest contacting us before ordering this brace. To install the DDMWorks angle drive brace on a Slingshot with a Welter or Twist rear exit exhaust, the section of the exhaust that is close to the angle drive does have to be removed to install the brace. This brace is designed to fit any 2015-2019 Polaris Slingshot, the 2020+ Slingshots have a revised angle drive that is braced from the factory to offer similar support to what we are offering with this brace.

WARNING:This product can expose you to chemicals which are known to the State of California to cause cancer and birth defects or other reproductive harm.
For more information go to www.P65Warnings.ca.gov.

Must Have!
DDM does it again! I have 100% confidence that the weak link of my Slingshot is no longer weak, as said in another review "The DDMWorks angle drive brace is bullet proof!" The Angle Drive Brace is a thing of beauty, well constructed, instructions are spot on. I took my time and installed in a little over 2 hours. If you're going to drive your Slingshot like you should, this is a must have! Thank you DDMWorks for designing this brace and making it affordable!
Reviewed by: george sanchez from Spring, TX. on 1/7/2021
5 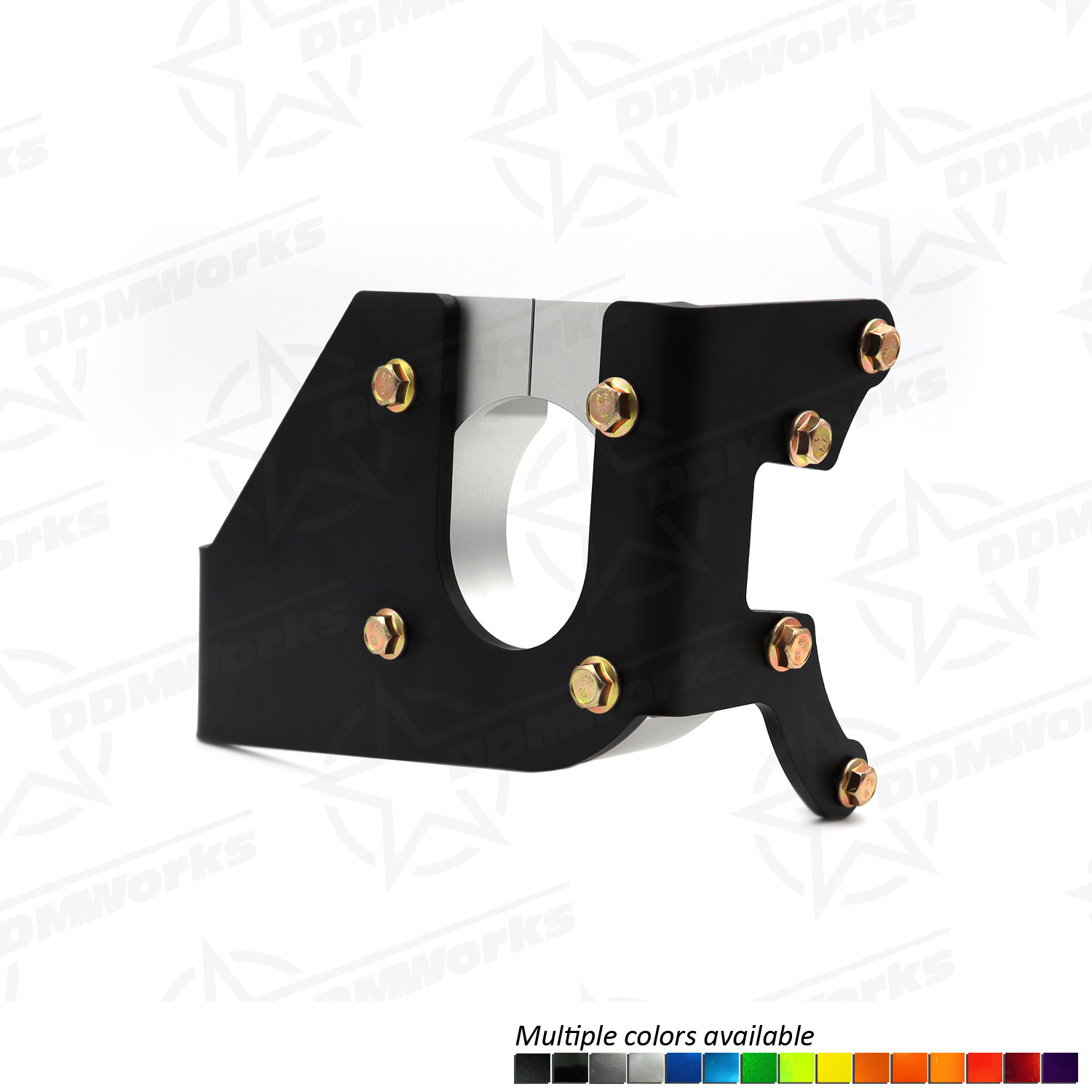 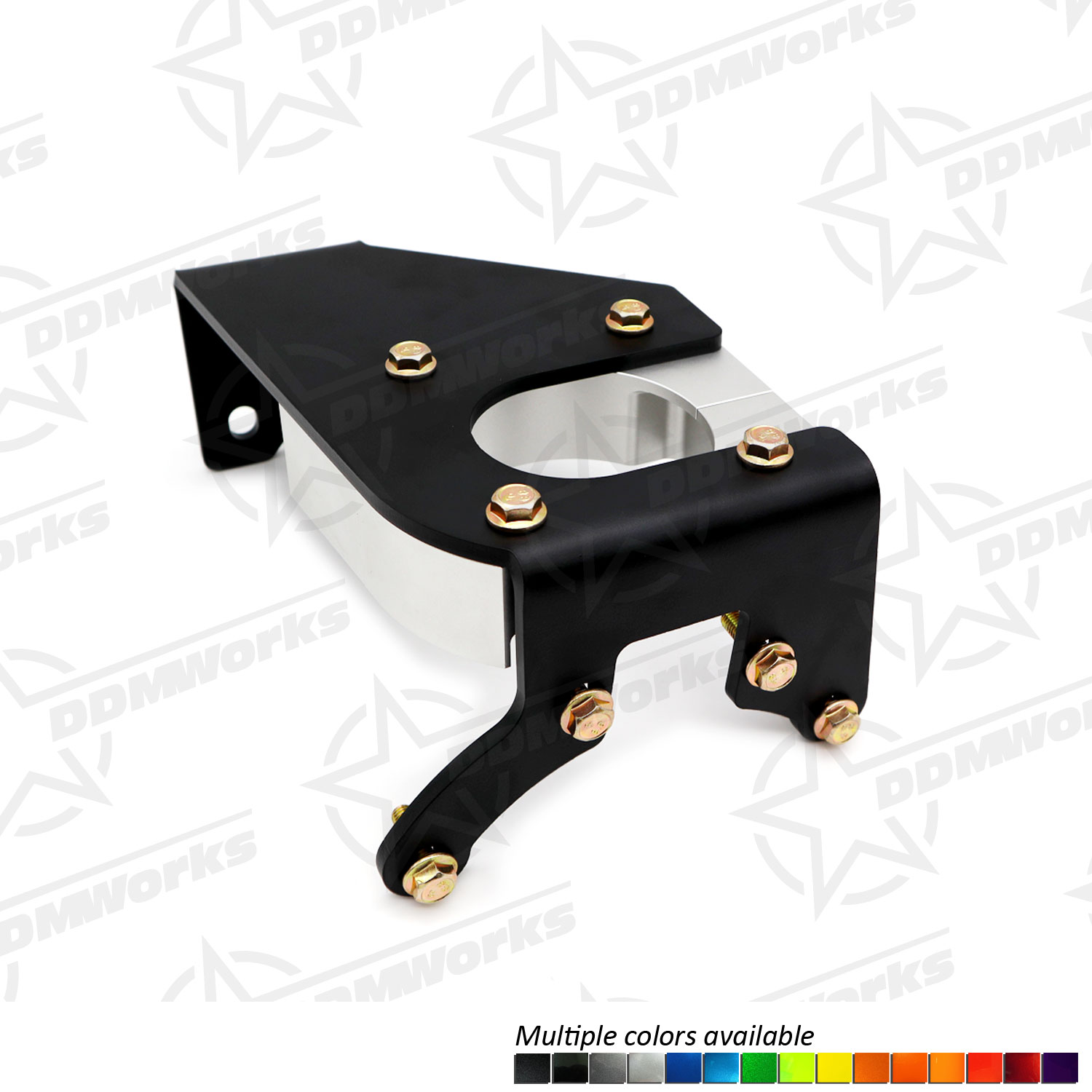 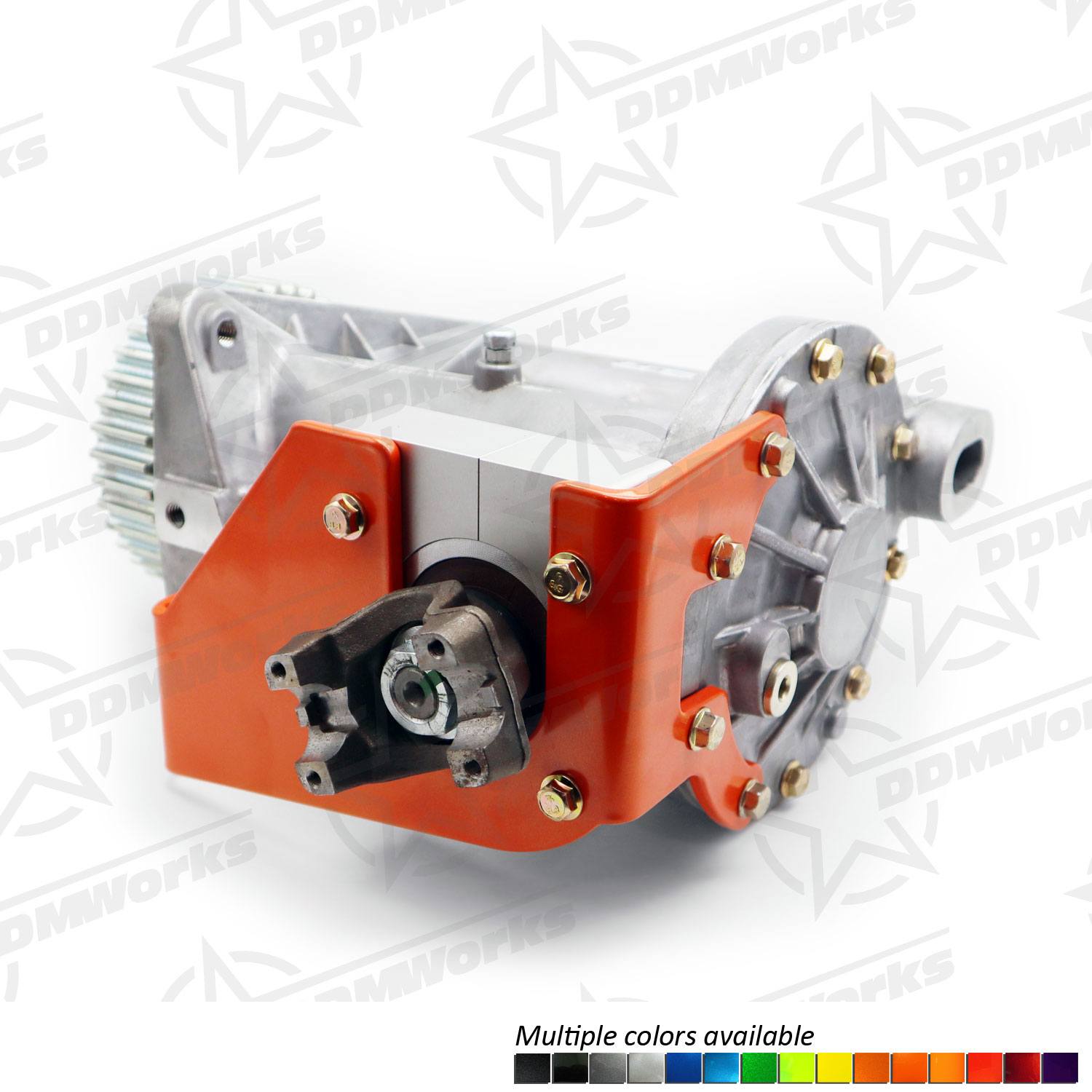 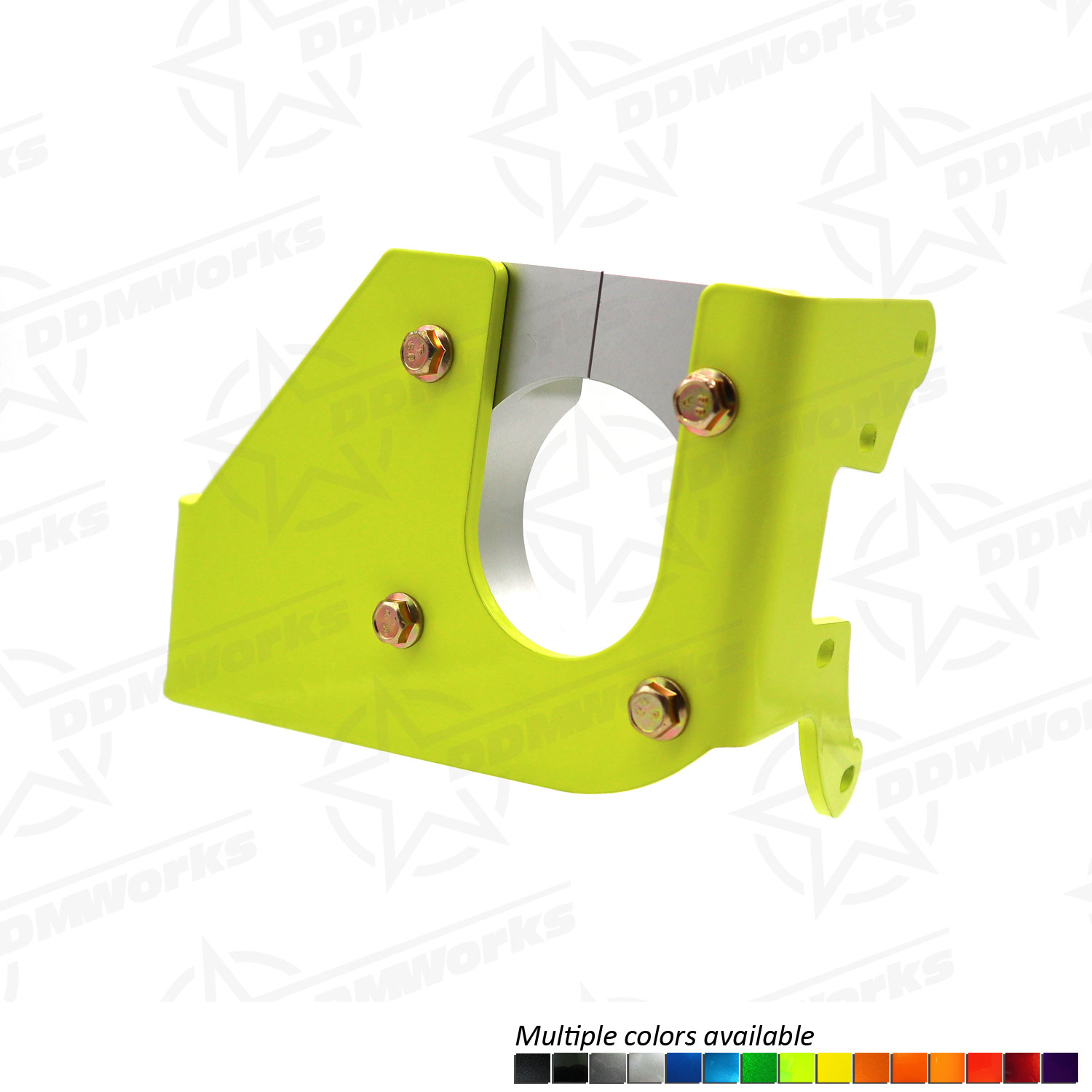 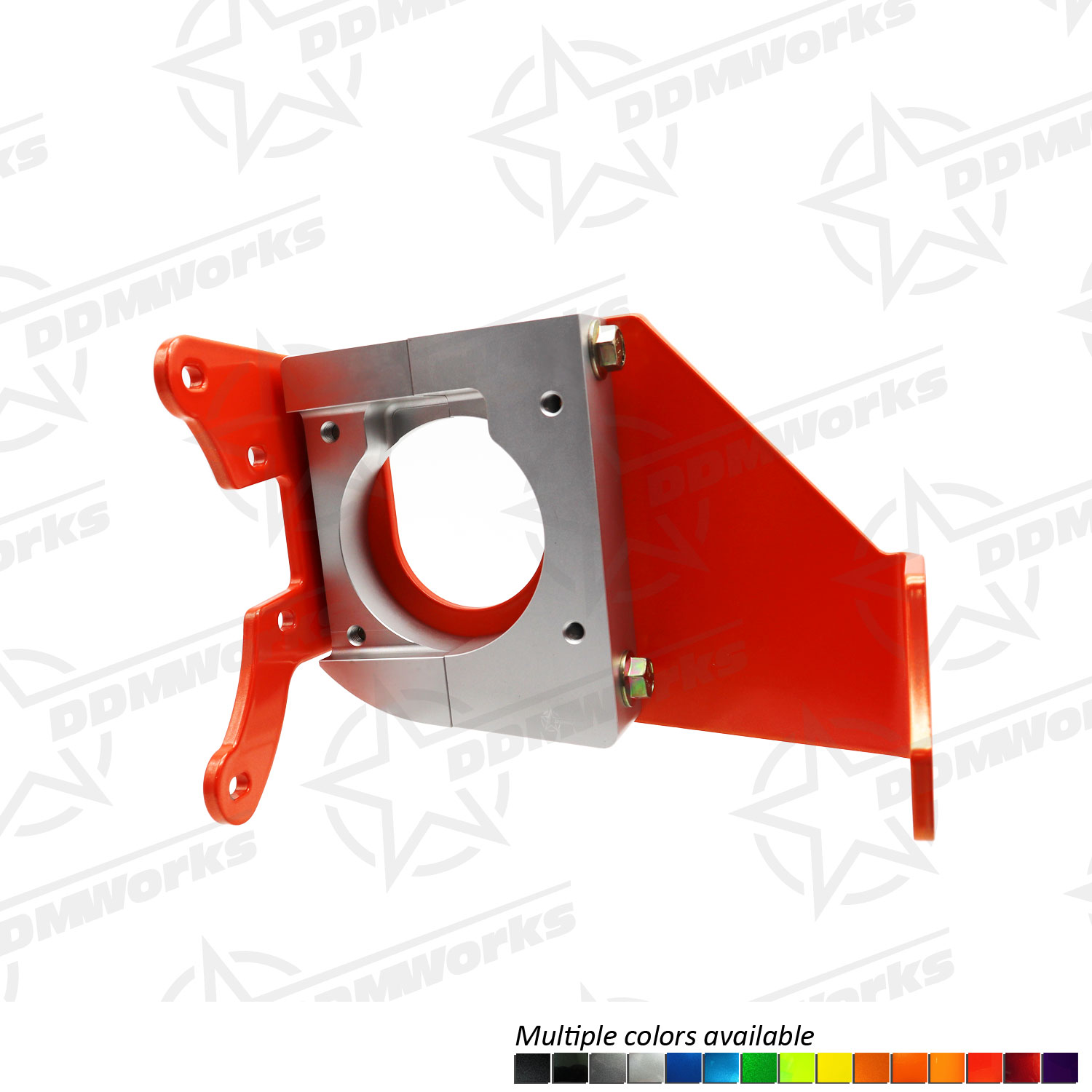 Instructions are available in the below for download in print.  If you have any questions, do not hesitate to contact our tech line, 864-907-6004, via text or call for assistance.
>> Download Instructions
45 points will be rewarded to you when you buy this item.